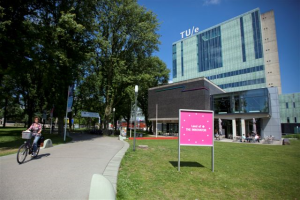 Founded in 1957, Thor is the study association for Automotive and Electrical Engineering students at Eindhoven University of Technology. In that position, Thor represents the students and organizes any activities to enrich the department’s study program. By organizing and taking part in these activities, students are able to get a broader view of the field Automotive and Electrical Engineering. Examples of these activities include symposia, company excursions, guest lectures, facilitating of education participation and most notably, study trips. This information booklet will present the plans for the next study trip which will take 30 students to the Czech Republic. The trip will take place at the end of the summer break of 2015.

…Automotive and Electrical Engineering at Eindhoven University of Technology

The Automotive and Electrical Engineering programs at the Eindhoven University of Technology are five-year programs, existing of a three-year Bachelor and two-year Master phase. The programs are officially accredited by the Accreditation Organization of the Netherlands and Flanders (NVAO). Both programs are part of the Electrical Engineering Department. Currently, the department consists of 400 employees and 600 students. Eindhoven University of Technology (TU/e) is a research university specializing in engineering science & technology. Our education, research and knowledge valorization contribute to ‘science for society’, which implies solving the major societal issues and boosting prosperity and welfare by focusing on the Strategic Areas of Energy, Health and Smart Mobility; Secondly we contribute to ‘science for industry’, which is the development of technological innovation in cooperation with industry. The third and last important area is ‘science for science’. That is, progress in engineering sciences through excellence in key research and innovation in education. Eindhoven University of Technology (TU/e) is the best university (of technology) in the Netherlands, according to Elsevier 2014 and the Keuzegids Universiteiten 2015 (Guide to Choosing a University 2015). In the ‘Keuzegids Universiteiten  2015’ the Electrical Engineering Bachelor’s program received the price ‘Top Rated Programme 2014’. Also in Elsevier 2014 (in Dutch) the Electrical Engineering Bachelor’s program was voted by students as best EE-program. This year we expect around 300 new freshman. This is the highest number of new influx in many years, being an increase of 42,5% in comparison to previous year.

Eindhoven is a city located in the province of Noord-Brabant, which is in the south of the Netherlands. It is the fifth-largest city of the Netherlands with 400,000 inhabitants. Once an industrial center for the country, Eindhoven has reinvented itself as a hub of technological advancements and a center of innovation. As the birthplace of Philips and home to numerous IT-based businesses, Eindhoven has certainly earned its reputation as European City of the Future 2010/2011, as declared by the Financial Times. The Eindhoven area is best known as the Brainport of the Netherlands, incorporating the High Tech and Automotive Campus. Brainport has become one of Europe’s prominent high-tech regions in recent years. The Eindhoven area has been awarded the title ‘World’s smartest region’ by the Intelligent Community Forum in 2011. Measured by the number of patents, Brainport Eindhoven accounts for half of all Dutch inventions. Nearly a third of all research budgets in the Netherlands are spent in the Eindhoven region.

The Czech Republic is one of Europe’s top locations for technology investments. Known for its long standing and rich scientific tradition it is no surprise that of the most successful companies have divisions in Czech Republic (e.g. Microsoft, Skype, DHL and IBM). This in combination with the high-quality university education leads to many innovations and developments concerning engineering and technology. The main pillars of the Czech industry are engineering and machine engineering, mining,chemistry and food production, followed by the energy industry, civil engineering and consumer industry. 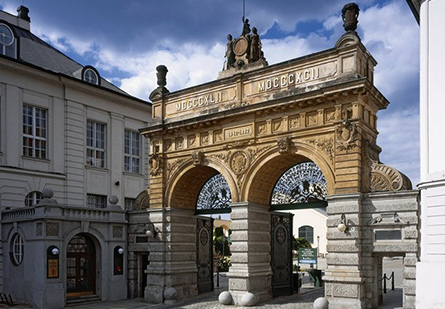 The engineering industry is ranked among the most traditional industrial branches in the Czech Republic. Its most important part is the Automotive industry, which is a very strong exporter as well. In 2010, according to the Czech Statistic Office, 54.2% of export consisted of automotive products. The automotive industry in the Czech Republic employs over 120 thousand people. The largest and most significant producer of automobiles in the Czech Republic is Škoda Auto. The power industry plays a principal role in the Czech Republic. The production and distribution comprises of all forms of energy, including mining and the use of energy sources such as coal, oil, natural gas, uranium, etcetera. To be able to cooperate with our Czech colleagues, there is a need to understand their distinct and unique business culture. By visiting companies we hope to learn about the Czech corporate ways and their ideas to improve the world. We want to experience the atmosphere of the Czech business, and discover the difference between their work characteristics and ours. We will make time for some of the more rudimentary culture traits, during a few cultural excursions. In conclusion, the Czech Republic is becoming more and more important in Europe concerning technology, making it the ideal location for our next Study Trip.